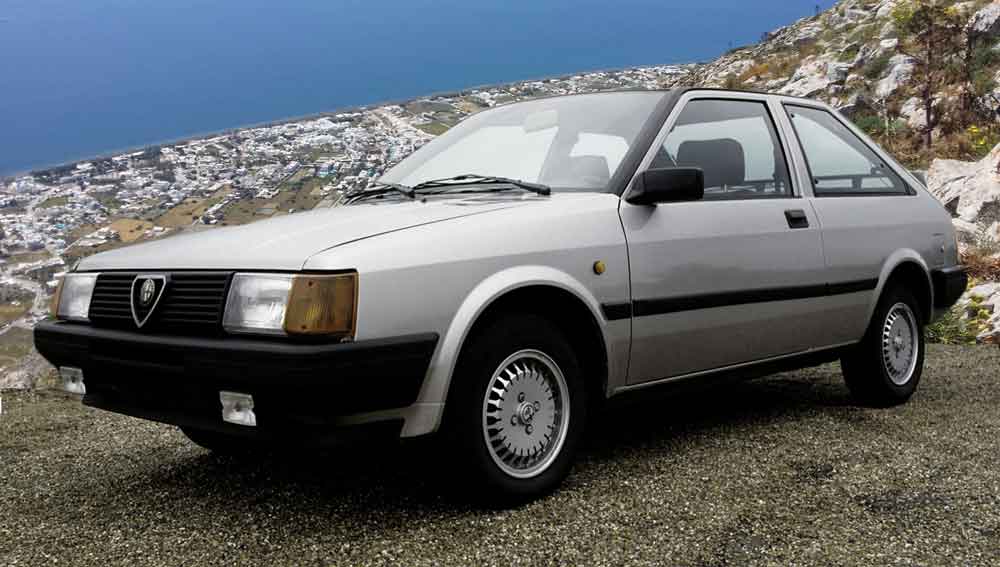 Back in 1965 the Warsaw company of Fabryka Samochodów Osobowych (FSO for short) was putting together the Russian GAZ-M20 Pobeda, a car which had been designed in 1940 and which had such dire quality problems that production had to be halted completely at one stage until standards could be brought up to a more acceptable level. it was hardly surprising that they jumped at the chance of making a modern car when Fiat licensed them to produce Fiat 125s, rebadged as Polski-Fiat models.

By 1977 this car was itself getting a little long in the tooth and so production was switched to the Polonez, which was also designed by Fiat although never actually manufactured by them.

This new car was meant to be powered by Fiat's two litre DOHC engine but financial restraints meant that the existing innards of the 125 were utilised yet again, even though these were by now completely out of date. There was no money available for the usual product development and quality of build was so bad that by 1981 Fiat were forced to insist that their name be taken from the cars, which were from then on renamed FSOs.

There was still a ready market for them though. For a start there was little else available in Poland anyway; and in the export market they were quite successful at first because they were sold for very low prices. And after all this was a five door family hatchback with a fairly decent performance, even if early models didn't even have a folding down rear seat; which would have seemed an obvious characteristic of a hatchback.

Unfortunately those that bought them found that they were stuck with them; resale prices collapsed when it became obvious just what poor quality vehicles they were, and car salesmen would just laugh if one was brought in for part exchange!

Despite the completely antiquated design coupled with appalling build quality FSO still managed to shift over 440,000 Polonez cars; which just goes to prove that there are always those who prefer low price to value for money. Despite the large number manufactured, there are few if any still in existence today since it was easier to scrap them than resell them.

In 1992 some money was found from somewhere and the range was dropped to be replaced by the somewhat improved Caro. Eventually the factory was bought out by Daewoo, itself hardly a pillar of respectability where quality was concerned, and which went bankrupt in 1999 leaving behind massive debts.