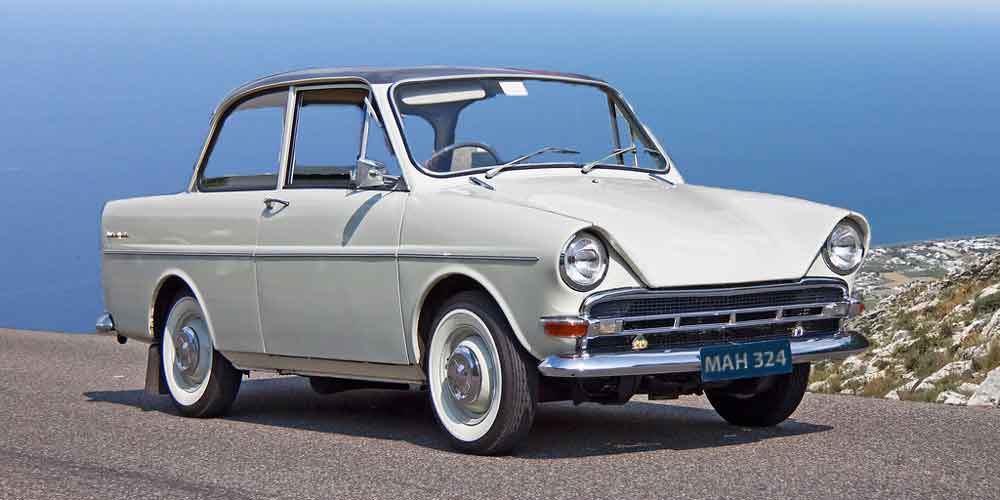 The Daf Daffodil (who ever dreamt of such a naff name for a car?) could have been a world beater. The idea of doing away with having to change gear, with just two pedals necessary, one to make it go faster and one to slow it down or stop it seemed such a game changer that vast sums were expended by major car manufacturers to find workable solutions. Then along came the little Dutch company of Daf, in 1958, with just that.

The Daffodil came with automatic transmission only. Their system, known as Variomatic, relied on drive belts and gave what is known as Continuously Variable Transmission;this gave the ability to change automatically through a pretty well infinite number of gear ratios! It was possible to do away with the clutch; all that was necessary was the driver to use the gear lever to select either forward or reverse gear, and the automatic transmission era began. Bizarrely, the car could go just as fast in reverse as it could in forward gear; hardly surprisingly it dominated races in which cars had to be driven backwards!

Since, as every learner driver knows, mastering a clutch and gearbox is one of the most difficult parts of learning to drive, the world should have beat a path to Daf's door. Instead most people shrugged their shoulders and carried on crunching up their gearboxes. Why? Simple. It not only had a silly name (in many markets anyway) but it was also grossly underpowered with a two cylinder 600 cc engine creating a miserly 22 brake horsepower. This gave a top speed of just 60 mph with sluggish acceleration. An increase in the bore to 746 cc increased the power output to 30 brake horsepower but even yet the car could still just manage a claimed 65 mph. This was certainly not fast enough to be appreciated by anyone with red blood in their veins.

It was a small car and quite neat, with good road manners; and so it was perhaps ideal for elderly people who just wanted to potter off to the shops, or the more quiet and shy people who were terrified of selecting the wrong gear at the wrong time. With a silly name and a complete lack of oomph it was totally ignored by younger (ie those aged under 80) and more adventurous types who preferred a little more sparkle.

Despite all this sales, like the car itself, were slow and steady and by the time production ended in 1975 over 280,000 of them were produced. This is, however, a drop in the ocean compared to what could have been achieved if the car had been made with more guts. Daf's car division was sold off in 1975 to Volvo who bought it just for it's automatic technology.