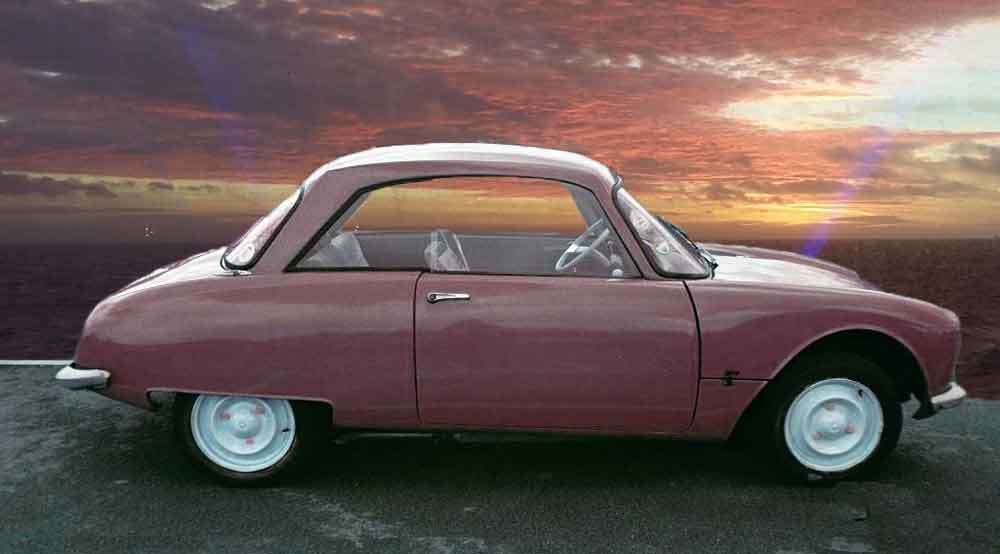 The Citroen 2CV had been an enormous success throughout most of the world but it sold poorly in Britain, partly due to the high import tax at the time. To try to get round the duty problem a decision was made to manufacture it in Britain and in 1953 a plant was set up in Slough in Berkshire. The intention was not only to sell the car in Britain but throughout the British Empire as well. Whilst sales to such countries as Australia and New Zealand were reasonably good the British themselves preferred more conventional cars such as Austin A30s and Standard 8s. Also there was a price problem; although the car was assembled at the Slough works many of the components were imported which attracted import duty. Changes had to be made.

The British motorists had never really taken to the rather bizarre shape of the 2CV and so it was decided to design a car more in keeping with their tastes. The stylist they brought in was no other than Peter Kirwan-Taylor, the designer of arguably one of the most beautiful cars of the era, The Lotus Elite. He was going to design a beautiful body which would attract buyers aplenty. Unfortunately he didn't quite make it.

This 'British' car was named the Bijou, or 'Jewel'. It was still a 2CV at heart however, with the same rear mounted 425cc twin cylinder engine; but with added bulk. This extra weight blunted the performance, which was not great to start with, and the top speed of 50 miles an hour didn't exactly inspire affection. In addition, despite the eminence of it's designer it could hardly be called beautiful; in fact many considered it downright ugly. The sting however was in the price. Potential buyers could get the new Mini for less money, with four proper seats and a much more powerful engine producing sparkling performance.

Sales were less than sluggish; they were practically non-existent. Over a five-year period a mere 207 were sold, and why anyone at all chose to buy one of these duds is a matter of amazement.

All was not yet lost for Citroen however! By 1974 Britain had joined the Common Market (as it was then) which meant that there was no longer any import duty on the 2CV or it's parts; and it was reintroduced at the time of a petrol crisis. By the 1980s Britain was amongst the best markets for this robust and economical machine. The Bijou however was quietly forgotten about.